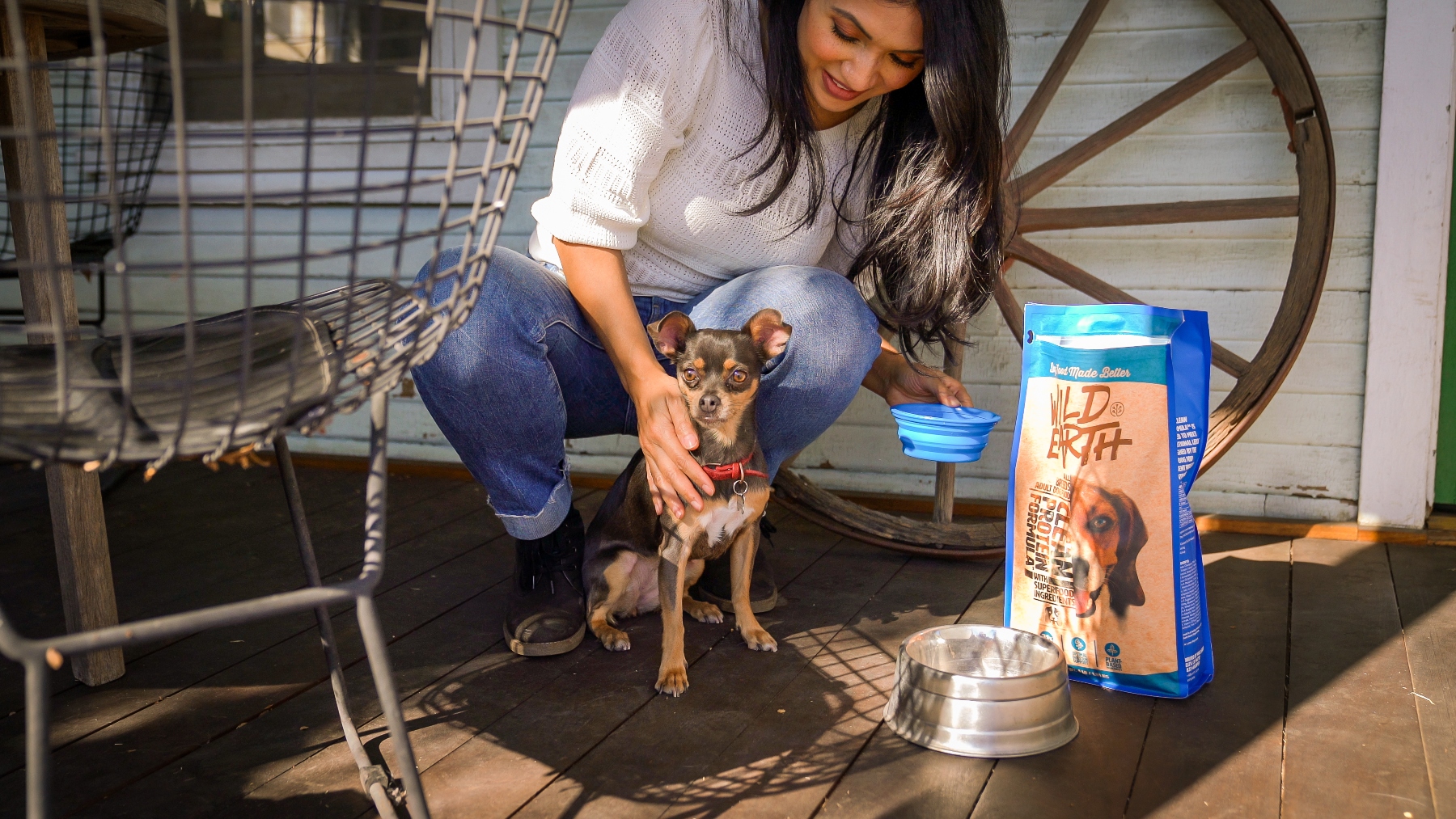 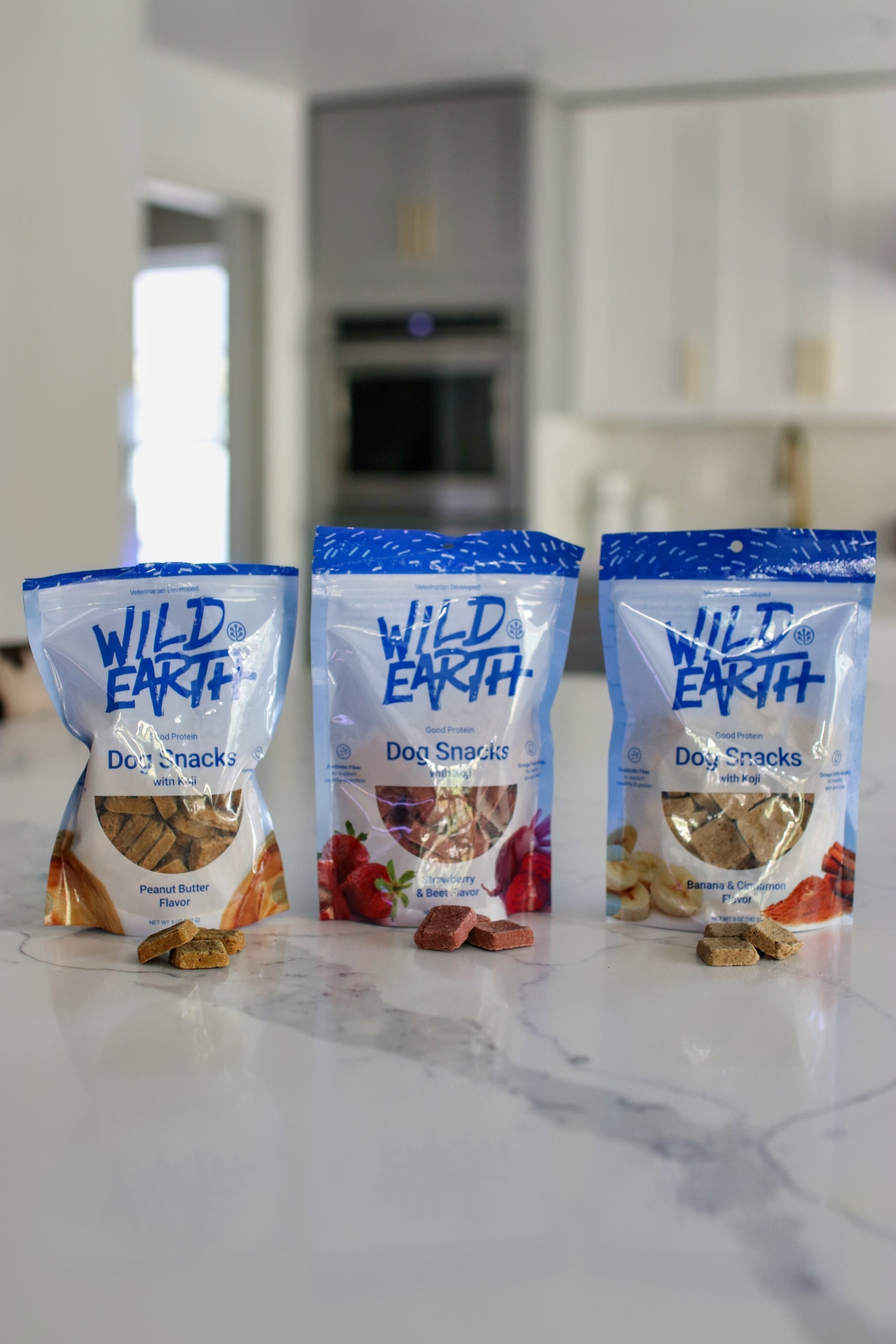 Like most dog owners, I’m obsessed with my pet; in my case, that’s my dog, Reece, that I consider my fourth child. And as I would with any of my children, I care about what goes into her body as I want her to be around for the years to come.

I first heard about Wild Earth on Shark Tank – their appearance on the show resulted in a $550,00 investment by billionaire Mark Cuban. The founders worked with an impressive team of food scientists, veterinarians and nutritionists to develop their products. Their mission is simple enough:  make dog food that is better for our dogs and the planet. 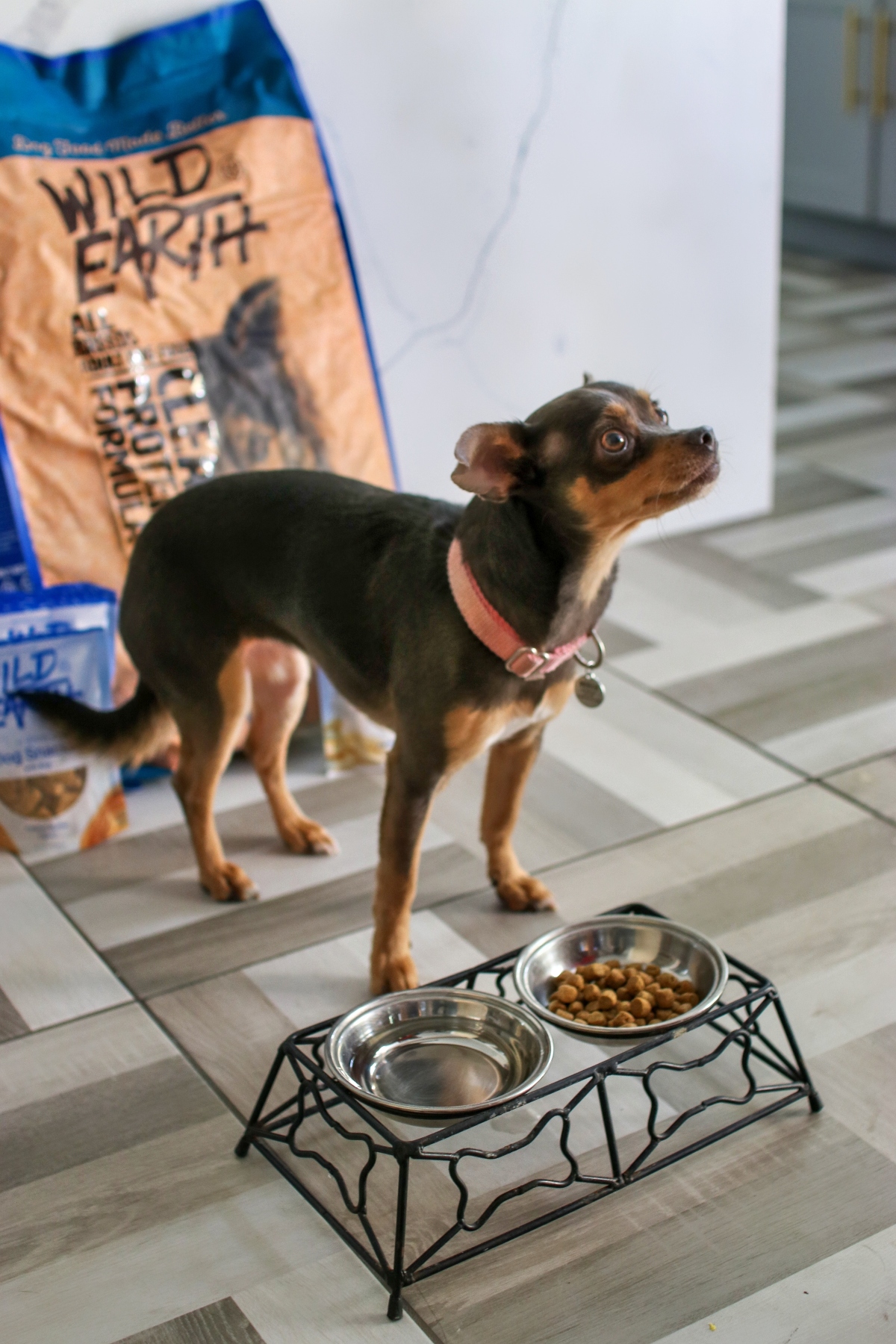 Did you know that the meat in traditional animal food is usually leftover scraps that were deemed unsuitable for human consumption? I did not and was shocked to hear that I was feeding Reece low-quality food. Wild Earth’s dog food doesn’t hide any bad surprises; there are no fillers, additives or preservatives and none of the hormones and toxic chemicals that can be found in typical meat-based dog food. 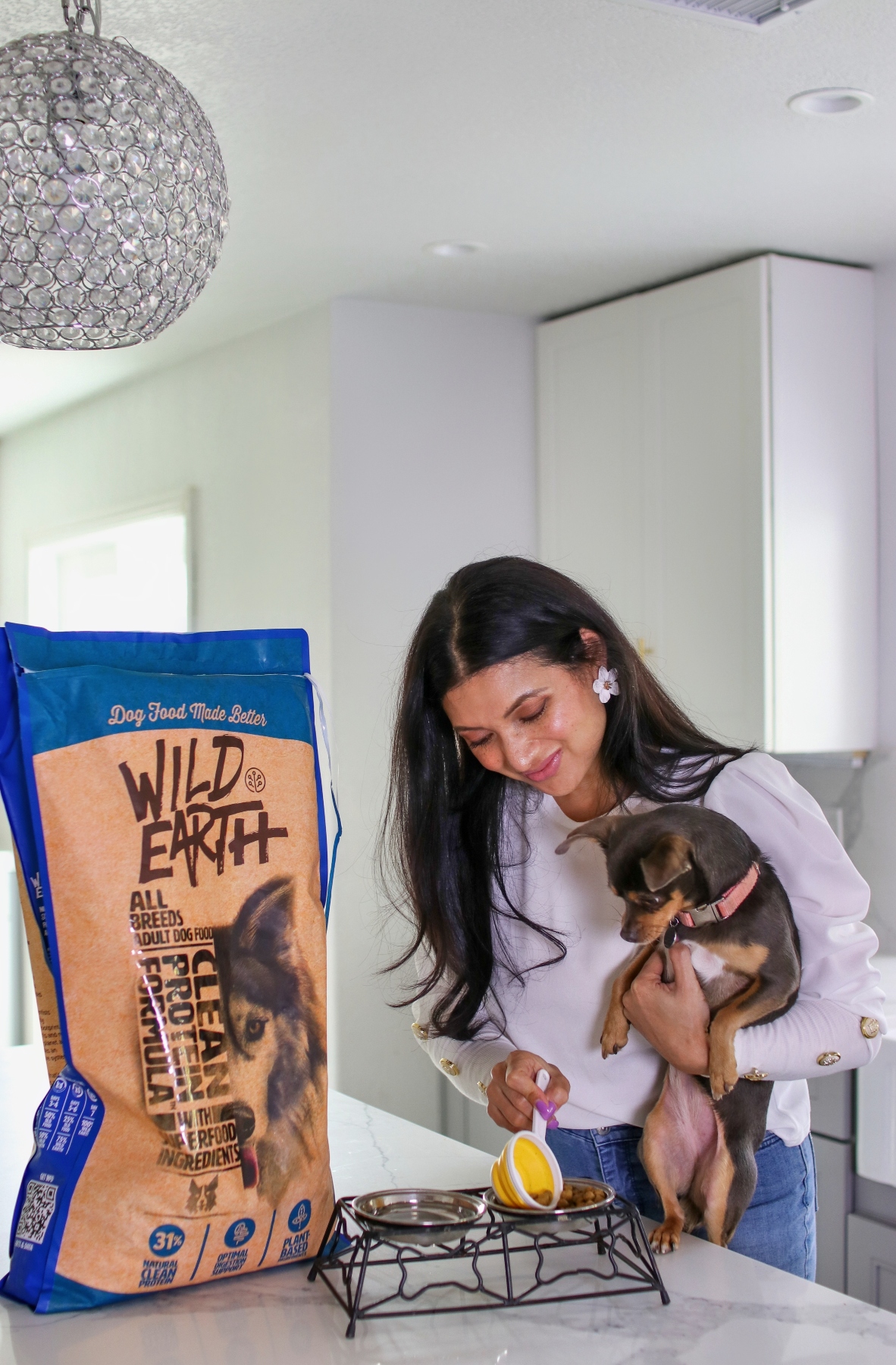 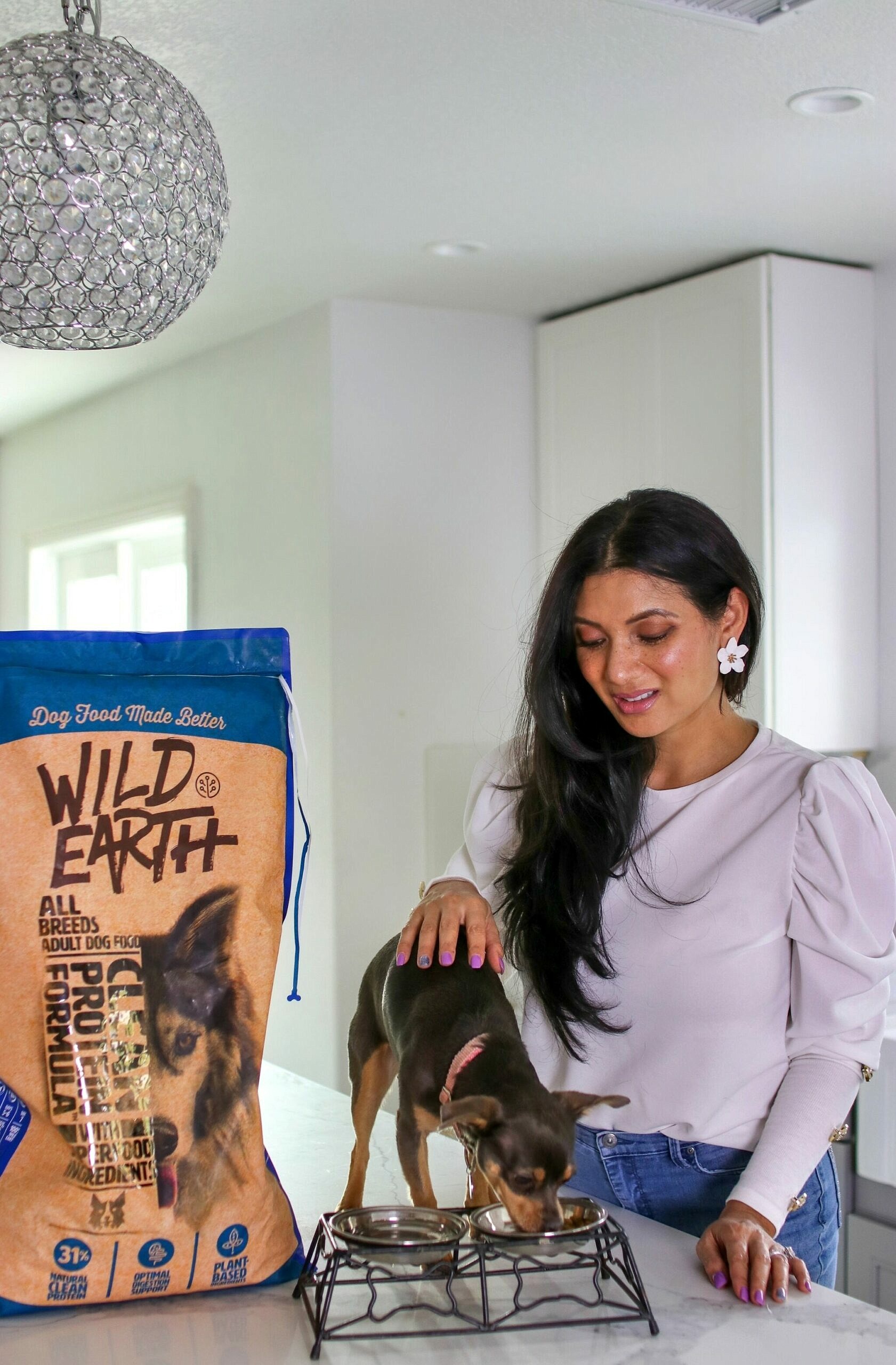 That’s because Wild Earth uses yeast as the alternative plant-based protein source in their Clean Protein Dog Food, which also has all 10 essential amino acids that dogs need as part of a healthy, balanced diet. Similar to food that we, as humans, would eat to support a healthy diet, it contains whole foods such as chickpeas, oats, spinach and sweet potato. 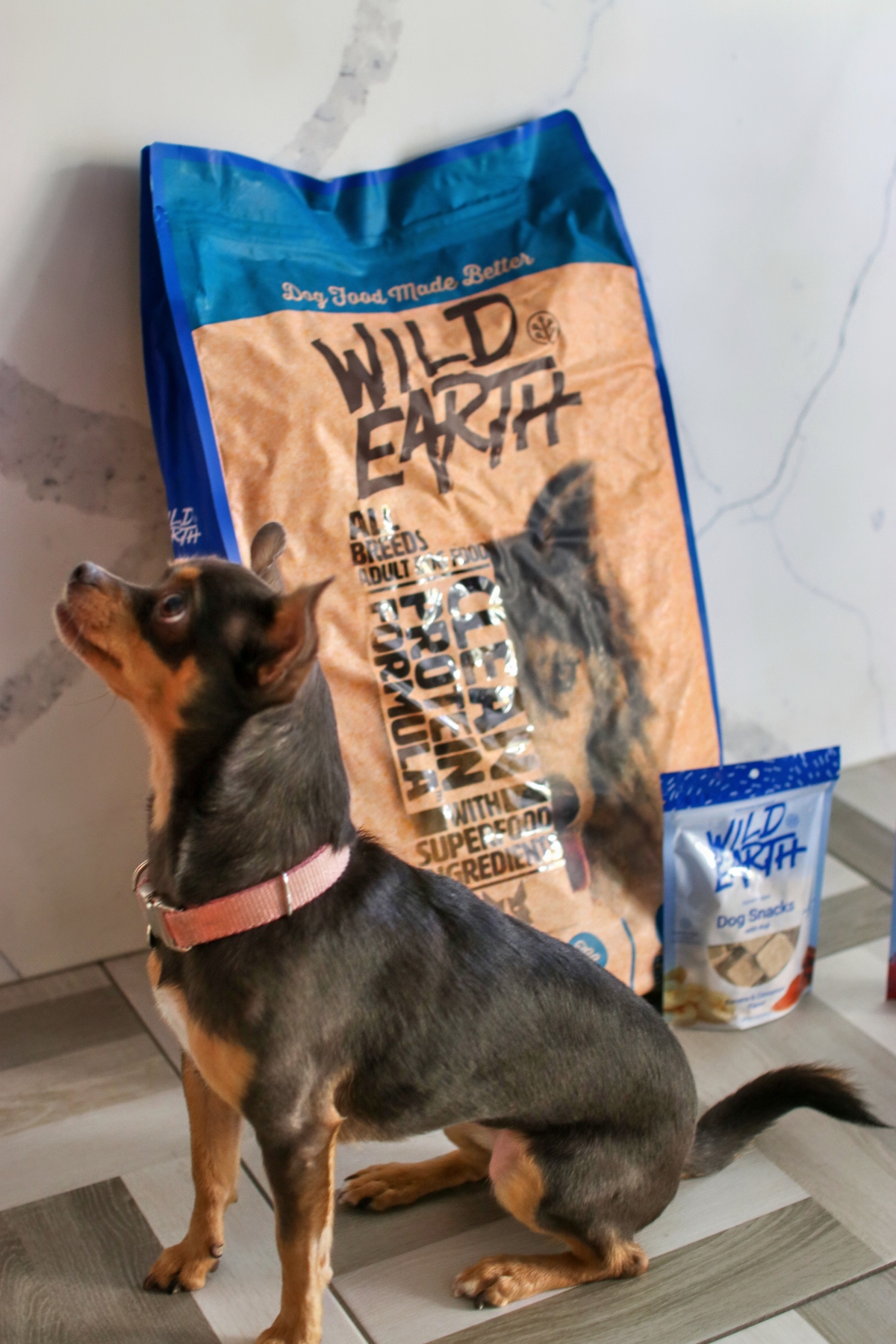 Vegan dog food is not as crazy as it sounds; after all, more and more humans are making the switch to a plant-based diet, both for health and environmental reasons. The production of traditional dog food generates the equivalent of 64 million tons of carbon dioxide every year according to a UCLA study. Producing plant-based dog food requires fewer resources and therefore is more sustainable than the typical meaty dog food that we’re used to feeding our pets.

Which is why I was thrilled when the company approached me to participate in their 30 Day Food Challenge, which Reece recently completed with flying colors. 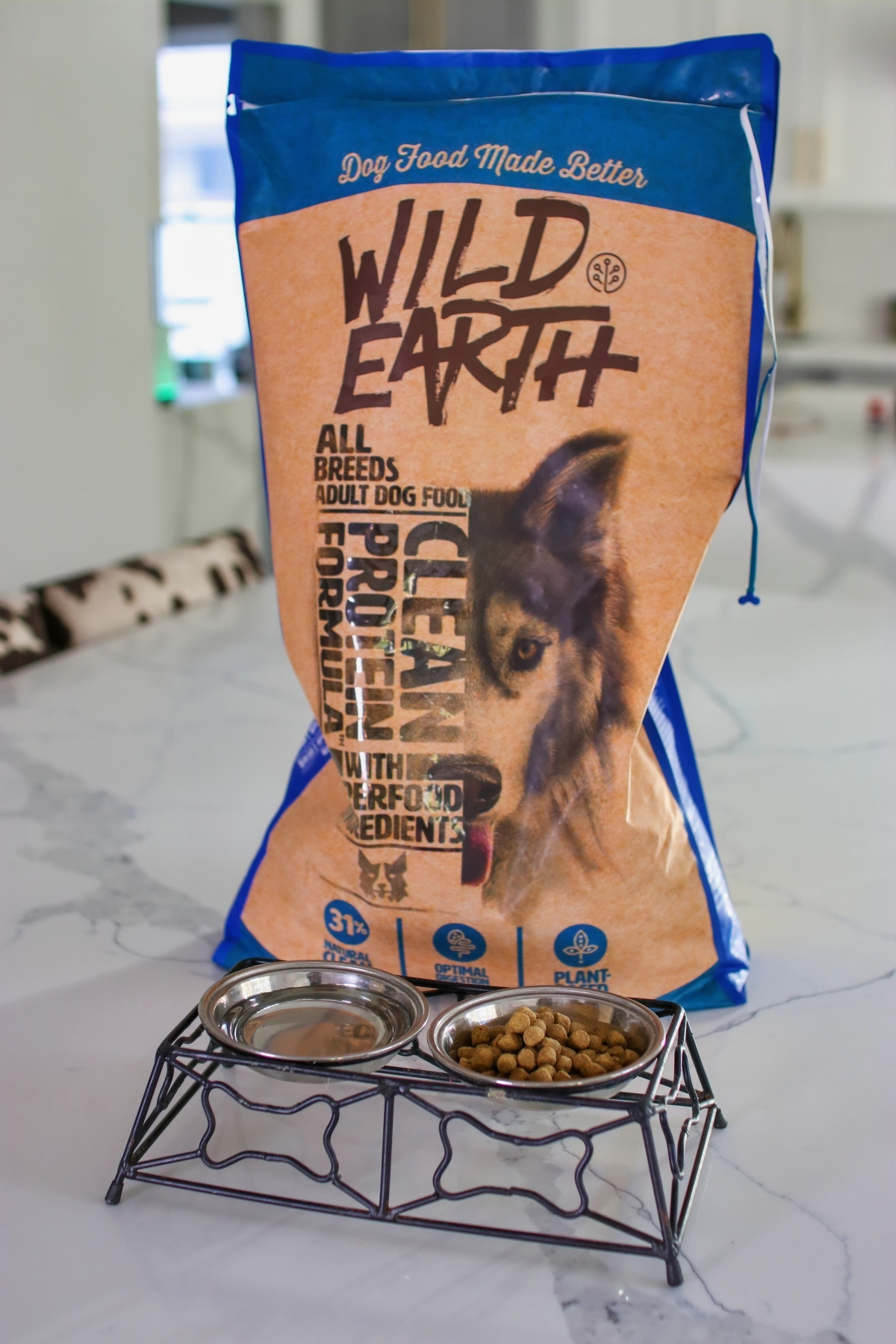 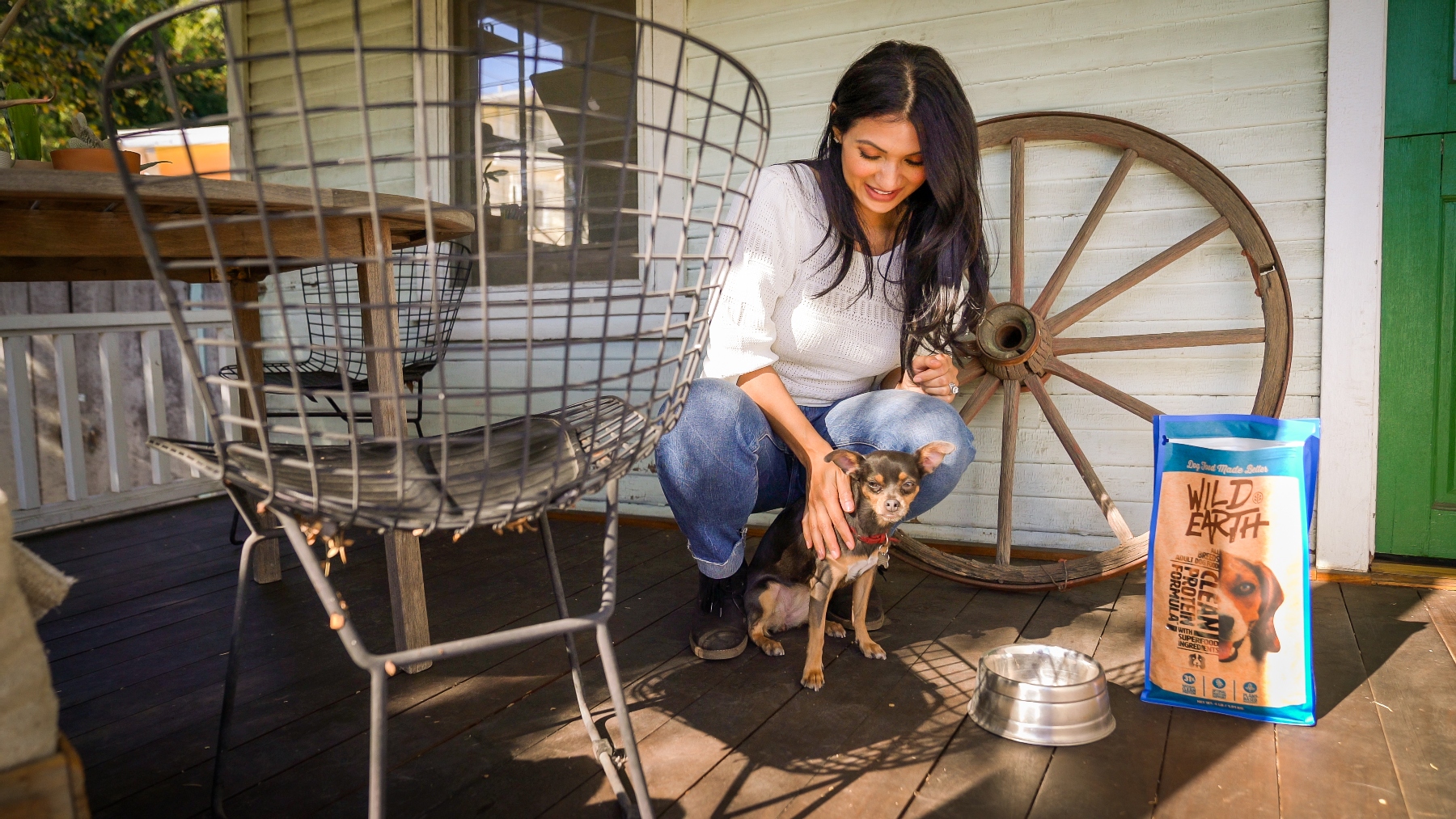 We started by taking Reece to the veterinarian for a pre-test so that we had results to compare with at the end of the challenge. The test measured her overall health and involved taking a stool sample, doing some blood work and undergoing a basic check-up.

We then completely switched her regular food for Wild Earth’s vegan food for 30 days. The results I saw in Reece are incredible! The most noticeable is probably her increased energy and vitality; she now loves to play and overall seems to be more alert and energetic. Before starting her on this challenge I was worried about the lackluster and dull look of her coat and wondered if her food could be a factor as I had read that it can be a sign that a dog is not getting the nutrients that it needs. After eating Wild Earth for a month, her fur coat is noticeably shinier and softer and there is way less shedding, which could be attributed to the Omega-3 and -6 fatty acids as well as the marine microalgae contained in the plant-based food. 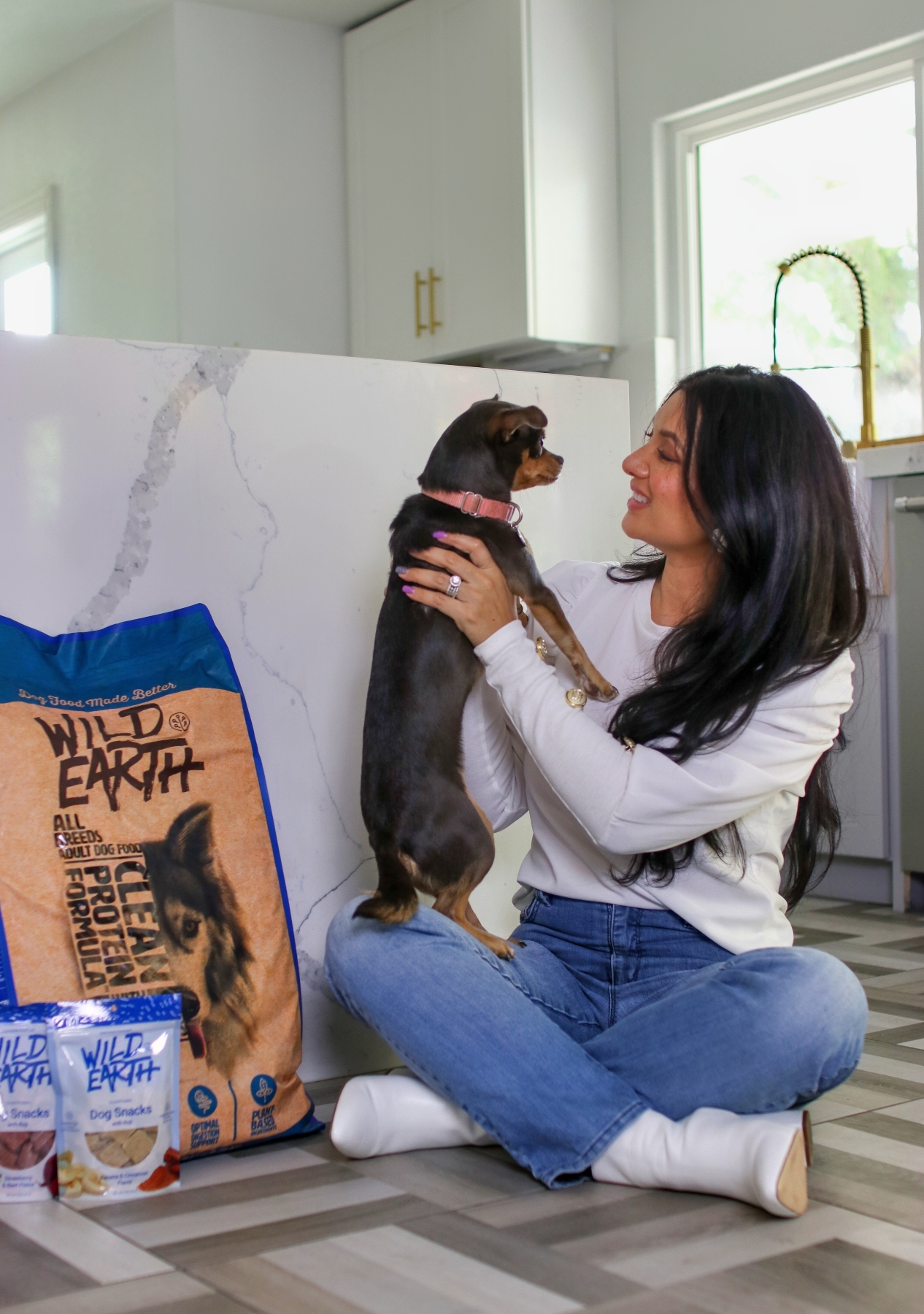 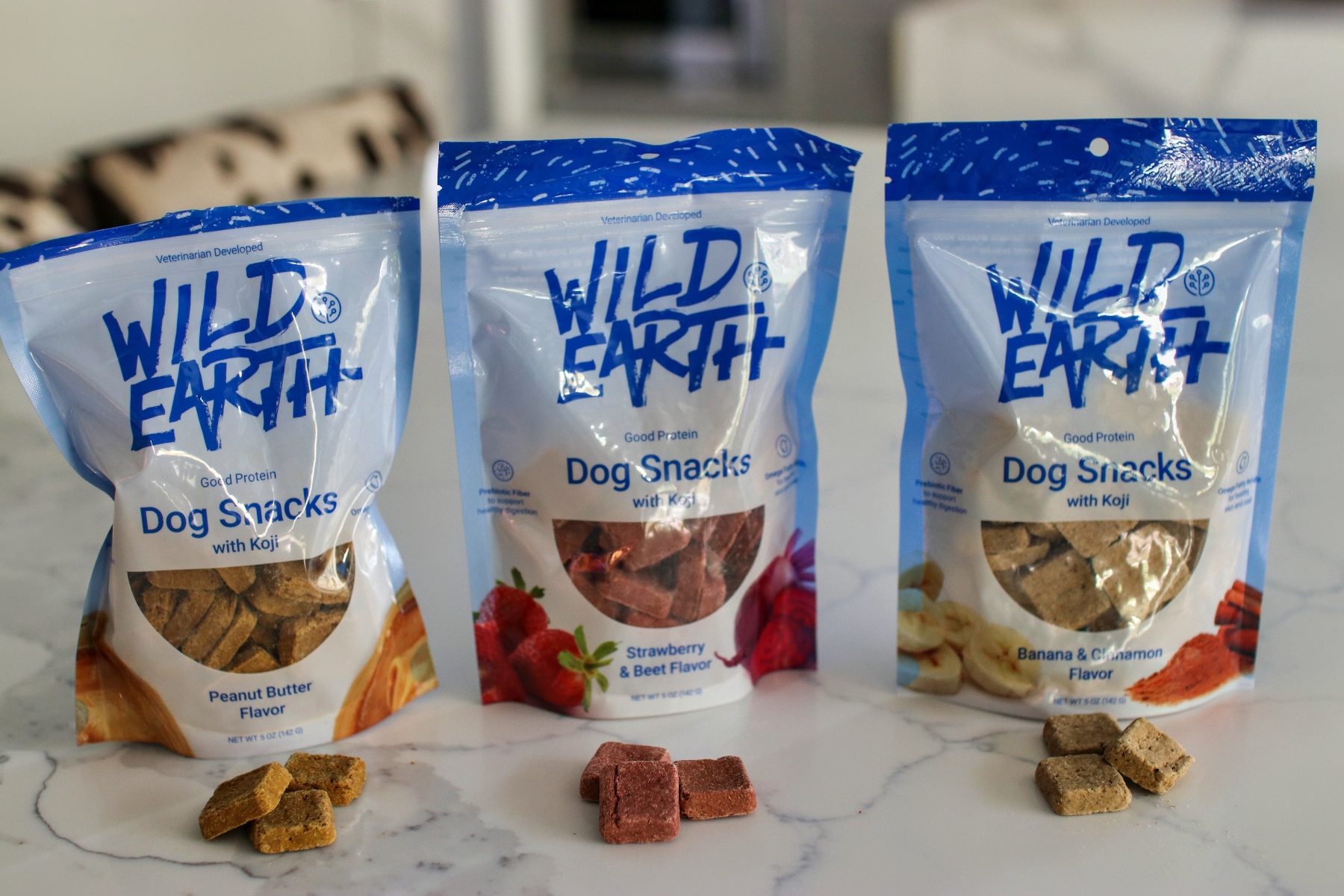 Reece also did tend to have some digestive issues with her old food, such as constipation and sometimes even vomiting. Since eating Wild Earth, which is packed with fiber and prebiotics, she goes to the bathroom with ease and is timely. She did not throw up once during the whole challenge and absolutely LOVES eating the food: actually, she can’t get enough of it! She always licks her bowl clean and I was even able to train her to sit while I scoop out her food which, for her, is a huge milestone. And, because I cannot refuse Reece a treat, I gave her the Wild Earth’s vegan food for 30 days when she was good – she tried all three flavors and loves them all! I mean, just thinking about the combo of strawberry and beet, banana and cinnamon or, even better, peanut butter, has me salivating!

The treats contain Koji, a fungus which is traditionally used to ferment soybeans for soy sauce or miso, giving it a savory umami taste that Reece seems to enjoy. Koji is high in protein and is also said to aid in digestion. Like any diet switch, it may take a while for your pet to get used to it but I think that this is an easy step that we can take to eventually reduce our environmental footprint. I cannot recommend Wild Earth enough – let me know if you have tried it already and if your dog has made the switch to a plant-based diet yet. 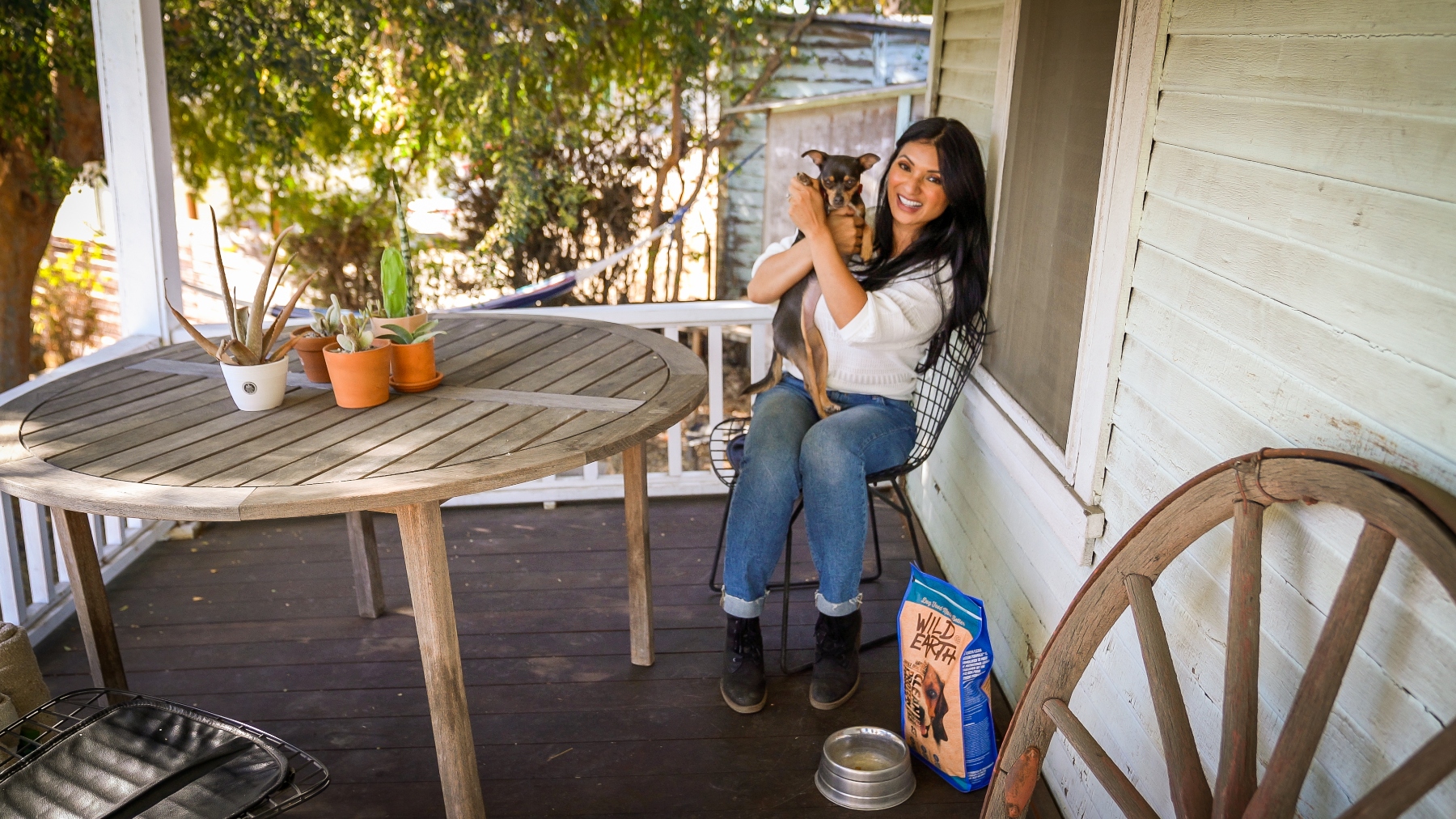 P.S. If you’re planning on ordering their products on a regular basis, the Wild Earth plant-based dog food offers a subscription which is convenient and makes it more affordable.

You may also enjoy: 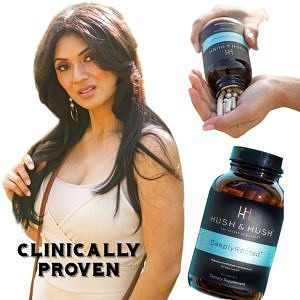 Why I gravitate towards fringe style boots.